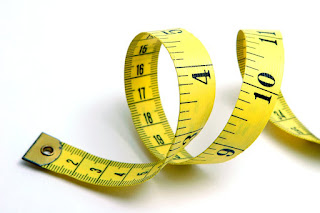 Recently somebody posted the following question on the Dutch linkedin group “plannersforum”: what is better: steering at Average Speed to Answer (ASA) or at Grade of Service (GoS)? A long discussion started without a clear answer. I think the reason is that neither is a really good way to measure waiting times.

The disadvantage of the ASA is that it does not account for variability. To give 2 extreme cases: if the ASA is 10 seconds, then it can be that everybody waits around 10 seconds, or that 90% gets connected right away and 10% waits 100 seconds. The latter is more likely to happen in a small call center: the caller with bad luck finds all agents occupied and has to wait a long time.

The GoS takes the variability of waiting time into account: it looks at the fraction of customers in the tail of the waiting time histogram, that is, the % of callers with waiting times exceeding a certain number (often 20 seconds). However, the amount by which it is exceeded is not taken into account: if a caller waits 30 or 300 seconds does not change the GoS if the “acceptable waiting time” is set to 20.

A suggestion in the discussion was to combine the ASA with the waiting time of the longest waiting call. This makes sense in the context of traffic management, but not when we’re planning: it is not one of the outcome of the Erlang formulas.

There is another disadvantage to ASA and GoS. In call centers we usually think that serving the longest waiting customer first (first-come-first-served, FCFS) is customer-friendly. Our waiting time KPI should reflect this. Is this the case for ASA and GoS? For the ASA it does not matter in which order we serve the customers: any service order will give the same ASA. Thus LCFS performs equal to FCFS, but the variability in waiting times is much higher under LCFS. (Things get more complicated when we take abandonments into account; I’ll write another time about this.)

The situation is even worse for the GoS. When a customer has waited longer than the acceptable waiting time (AWT) then it is optimal to give the customer the lowest priority. (Or we shouldn’t serve at all and wait for the customer to abandon.) Very customer unfriendly, but optimal when steering at GoS. A tempting idea for a manager in need to reach the GoS target….

Back to the best waiting time metric. A combination of ASA and GoS is an option, but not ideal: it is better to have a single objective that really makes FCFS the better service order. There is no such objective commonly used in call centers, but it can be defined. A simple one that has the right properties is the Average Excess. It counts the number of seconds that a customer waits longer than the AWT. As an example, suppose that a customer waits 30 seconds, and the AWT is 20. Then that customer counts for 10. A customer who waits 15 seconds counts for 0. The average over all these numbers is the Average Excess. Now it is optimal to serve the customer with the longest waiting time. Moreover, the Average Excess can be calculated without much difficulty from the ASA and the GoS. That is what makes it in my opinion a suitable candidate to replace the GoS and the ASA as waiting time performance indicator.

I recently published a book on WFM. See gerkoole.com/CCO or buy it directly at Amazon.

The phrase“Grade of Service” has been the grim reaper of the contact center industry for many years. Most  discussions around them are hardly of a friendly…