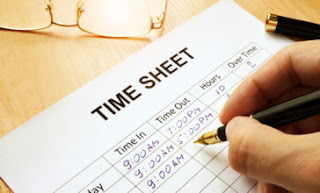 Workforce Planning for contact centres, and especially scheduling is all about trade-offs. Every contact centre wants to reduce its bottom line, increase its productivity and keep its customers and employees happy. However, every WFP decision made results in a trade-off, some more than others.

One such trade-off that any scheduler will be familiar with, is the battle of what’s best for my centre – Team Based schedules or Individual Agent Scheduling? Depending upon who you ask you will get a different answer and here’s why.

Another interesting point I picked up from William Durr (Principal Global Solutions Consultant at Verint Systems) is that team based environments tend to achieve better results in terms of meeting and beating sales targets. I have no evidence of this myself but I can see how this might be the case.

In addition over the last decade, a greater number of organisations have made the move toward self- directed work teams. The benefits of this in any hierarchy are clear and are no less so in the contact centre. Team based schedules can be a great facilitator for self- directed work teams, which in turn should result in better productivity, increased employee motivation, and reduced bureaucracy, as well as continuous improvements and all the benefits that go along with this.

Update 15/08/19: Another excellent point in favor of team based schedule was made by Richard Lundgren (Click Here to see Ricard’s Comment)

One of those interesting questions that always keep appearing. I do believe that team based schedules, even with the overhead they come with do have their place.  For example in India & Philippines where schedules are often designed around the ability to get people to the contact centres in a group pickup from a similar location.  In this case they do effectively serve a purpose,  despite the additional overhead they can cause.

Lastly, the argument most often than not, that is given in favour of Team Based scheduling is that employee moral is less likely to suffer when working unsociable hours (such as night and weekend shifts) because when working in a team, the feeling of camaraderie and fairness helps to alleviate the pain of working the unsociable shifts.

The benefits of Individual Agent Scheduling
Simply put the biggest benefit of Individual Agent scheduling is better schedule fit of agents against the number that is required. Typical contact centre workload, especially Voice & Instant Chat inbound work is totally at the mercy of variable arrival patterns. Unlike work where sequential tasks are undertaken, the typical workload arrival patterns of most Contact Centres results in the number of agents required at any one interval of the day to wildly vary. Therefore, Scheduling in blocks of teams is inherently less efficient than scheduling for the exact number of bodies required for each half-hour interval. In fact more often than not Team based schedules will result in overstaffing/cost overruns during one period, and understaffing/poor service in another.

Update 15/08/19: to balance Richard Lundgren (Click Here to see Ricard’s Comment) comment in favor of Team Based Richard also had this to say about non-team based scheduling:

In other locations such as a customer I had in Singapore, they just did not suit the organisation and the customer demand.  After much consultation over many many months, the organisation finally  gave in and ditched the team based scheduling methodology and immediately saw better service levels and customer satisfaction. Were the employees unhappy?  For a while yes, there was a level of dissatisfaction, however that dissipated over a number of months and flexible scheduling became the norm, with the benefits that come with that. They may have lost a handful of employees, but the increased performance made up  for that along with the cost benefits of requiring less overall FTE.

Another big benefit of Individual Agent scheduling is actually contrary to a benefit often listed against team based schedules – schedule fairness. Scheduling Fairness more often than not is based upon everyone working an equal number of shifts. However when you really look at this, is it actually fair? People are all have different lifestyles outside of work resulting in a difference in preference over what hours you wish to work. Believe it or not you will find people who prefer to work weekends and night shifts. OK they might be a minority but is it really fair or even wise to make everyone work the same shift when this is in direct contradiction of employee preference? Individual Agent scheduling is a great facilitator of preference based scheduling when used correctly, but more about this another time for now I am sure you can see the basic benefit.

So what is the answer? Team scheduling or Individual Agent Scheduling? What works best?

The answer is neither and it depends….. I realise that this sounds like an avoidance of the question but bear with me and let me explain.

The dependency bit is very much based on what you are doing in the centre. I do buy the argument that Sales targets are easier to meet in team environments, I have been there myself and gaining the support of your teammates when things are not going well or feeding off the intra-competition between top performers does drive you on to do better. In addition in blended contact centres when agents are also completing sequential tasks such as emails and letters, having a team based environment does make a lot of sense.

However, the “neither” bit relates to my first point – Workforce planning is all about trade-off’s. So why not blend both approaches together to allow for team based scheduling some of the time and individual the rest, this way you can achieve the best of both worlds.

The exact mix of how much team based and how much individual is very much related to your centre and along with many other factors can be dependent on the; type of work, variance in interval work flow, opening hours of the centre, size of your centre, and preference of your agents. What works in one centre may not work in the next, so be careful of the mixture of team/individual scheduling because too much of one can easily wipe out the benefits and efficiency gained by the other. Before deciding an organization must evaluate each and every factor of the team concept carefully and decide what makes sense based on all possible outcomes.

Here are some of the answers to this question pasted from the LinkedIn groups:

Typically every call center struggles between making the clients happy or the operations happy.
Clients would expect best coverage from schedules to meet the forecast they send however operations typically expect to make the schedules easier for the agents & team leaders with Team schedules, Consecutive day offs, At least one common off for the team, and consistent start times.
In my opinion a 70% block schedules & 30% agent schedule mix works best to get a good coverage as well as improve team management.

Ideally if you want to focus on profitability and coverage, agent based scheduling is the way to go. We’ve had studies done at my previous company where there was a remarkable increase in GM when we shifted to agent based scheduling. But then again you have to factor in coverage of support as well. Since BPO operations also have quality and sales to consider, I’d agree, managing to a 70% 30% is a good mix – depending on the coach ratio and call arrival patterns of course.

Agent scheduling only works to a less than 100 fte start up. As the lob grows, I try to fit them in a team scheduling and fewer agent scheduling. Agree with the 70/30. In the end, I wouldn’t want attrition just because of schedules

I believe this will be dependent on the requirements. Our center started small and team based scheduling was not applicable. Thus, we also managed the team leaders schedule to ensure the coverage. Now, we are growing and doing the mix scheduling but necessary 70/30 because we don’t want to overstaff but we still handle the team leaders schedule for coverage purposes only.

As we are approaching the end of the year, there many organisations who are actively looking at the Workforce Policies they have in place.  A…

I have previously talked about volume forecasting, and I think before I move on to other areas of workforce management such as Scheduling, Capacity planning…

The objective of the annual award is to find the best & evolved practices and tools from the global market.
REGISTER FOR EVENT
Need Help? Chat with us
Start a Conversation
Hi! Click one of our member below to chat on WhatsApp
The team typically replies in a few minutes.
Shiva
Chat With Us