Vinay August 13, 2019
0 Comments
Following on from my spotlight interviews with Guillermo Edén Rangel López & Mariano Samamé last week, very interesting insights if you missed and worth a read (CLICK HERE for Guillermo Edén Rangel López Interview and CLICK HERE for Mariano Samamé Interview) my next spotlight interview is with Marc Bainbridge (Linkedin Profile Link), who is working in Estonia running WFM best practice and processes for Hurtigruten and their 5 contact centres in the US, UK, German, French and Scandinavian Markets – don’t know much about Estonia – check this out Estonia: the world’s most advanced digital society? 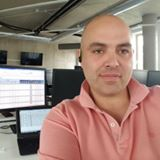 I have only only recently had the pleasure of getting to know Marc better, through the WhatsApp best practice sharing group I recently founded (CLICK HERE if you would like to join). He is one the groups most active and expert members and has already been a huge help to me and many of the group, through his contribution and advice – often going out of his way to help others he really is a shining example of the sharing economy which the WFM communities often epitomizes.

Can you briefly describe your workforce planning team and your role in that team?

Currently have a team of 6 WFMer’s who are not the traditional types, historically I have worked with wfm teams an a separate Telco team, here at Hurtigruten they do it all. We also are the owners of several different systems including Salesforce, so I have all this expertise in my little team. My role now is more about embracing technology and how it will help grow the business I am in, WFM in general is not just about the human workforce anymore we are tech enablers.

As someone who clearly is willing to go the extra step to help fellow WFM professionals in the industry, what inspires you to share best practice?

I look at society as a whole and think we have become so focused on ourselves and our own goals, I have worked with many people and managers who have expectations but offer nothing as support or guidance on how to achieve said expectations. So I have always thought if I expect something of someone I want them to know how to do it. If they don’t know I will teach them how to do it, if I am not sure I will work with them on how to do it. I feel doing this builds mutual trust and respect.
Basically whats the point of knowledge if your not willing to share said knowledge.
To use the old quote “teach a man to fish”

There are many planners aspiring to move to the next level. How did you develop your workforce planning skills to the point you were ready to start managing?

Actually, my journey was slightly different, I had worked as a manager in sales and operations and then was approached about a R&P manager role at Ticketmaster who I was working for at the time.
I had rudimentary knowledge of WFM and RP but I went in with the mindset of how I could improve the relationships between Ops and WFM.
I was on 6 Month secondment due to the lack of experience but after 4 months they gave me the role permanently.
But back to the point of how I developed myself. As Ticketmaster provided no training into the how and whys of workforce management, except how to use Aspect eWFM on a basic basis. I literally researched everything I could though webinars, online guidance, whitepapers and you-tube helped me a lot. If I couldn’t work something out I would go home watch a video on how to and then I would try myself.
One thing I was never afraid of was to also ask for help. Sometimes I had stupid questions I’m sure but you need to ask the odd stupid as well or you never learn.
Eventually 3-4 years into the role I was able to convince TM to provide some training as some of the projects/requests that were coming to me were very significant in potential cost/profit. So I attended the forums advanced forecasting planning techniques hosted by Mr John Casey (Linkedin Profile Link) and I found it more validating that I was on the right track in what I was doing.

Yes, Maths is key in our environment, I have no qualifications in maths but I have always had a head for maths, Far better than my English Grammar 😊
It’s all good having a WFM system, capacity plans and forecast models but if you don’t understand the numbers you cannot explain or really train and maintain what they are and the outputs you are offering.
Math is a pure form of communication for me, even if an answer is incorrect in terms of your goal the logic is clear in the steps.

Some of my highlights so far are:
For me there are a few creating a better bond with the ops teams and planning teams that at TicketMaster.
The 2012 Olympic games schedule creation for 10k Box office staff which had to be scaled the length of the games.
Creating a cost and staffing tender for both the 2014 Commonwealth Games and the 2015 Rugby
World Cup which was accepted and costs met for both tournaments.
Coming to Tallinn where our types of role did not really exist and developing the team here so more of a greenfields project for me.
I have a way of working where I am very laid back but I use a couple of old-school principles in my life Hoshin Kanri and K.I.S.S (Keep it Simply Simple)
Coming to a new country and being able to get peoples buy-in was so important defining my goals clearly against where we were and where I wanted to be. Communication had to be clear and objectives agreed and simply simple.

This friction I have found is often driven by people being to protective of their internal process or fearing change which is only natural. (I have been guilty of that in the past also) this has often created Silos within a company.
I like to quote a very insightful man called Torben Rick “Lets Challenge the way things are done” and I often use his work on the dark side business and corporate culture to emphasise the need for change.
There is value in what everyone does but there can be so much more when we work together.
I also look for the quick wins whilst laying the foundations down for the big ones, as the leaders will sponsor you when they see results.

What are the most important skills workforce planners need to be successful?

Have a thick skin 😊
I think there are the obvious one’s math, diligent and be analytical but for me adaptability and flexibility are so very important.
We need to adapt to the future and our environments and be flexible on how we work as one size certainly does not fit all.

If you could teach all the workforce planners in the world one thing, what would it be?

Don’t be shy, ask yourself and others why.
The more you understand the whys and why something works or why it won’t you will never grow.
Or why don’t “I” or “others” don’t get it, it will help you adapt or the others adapt with you and to you
Asking why is the same as asking for help, never be afraid to ask for help.

What do you see is the biggest current challenge for workforce planning teams? Over the next 5 years?

Automation, API and AI and Human age. How will we plan for the different interactions.
Where does a Bot chat end and a human start, this will be controlled sometimes down to human emotion and frustration with a bot.
Age will play a factor as I myself will not use a phone for anything but there is still the generation of people who will use the phone and traditional methods of contact. As this decreases we will still need to maintain this whilst balancing the technology where the “Phone” is not needed
Automation, the more we automate the less heads we need its simple, there will be a need for far greater balancing of headcounts as we enable more and more tech.
Over the next years all Call Centres will run on API only so this will be an even greater influx of data to prepare for. And with so many differing types the old school methods of planning sill be redundant. We are still using in essence averages in most wfm systems. I suppose they need to become smarter faster.
Also, the more we enable in WFM, will AI takeaway the need for human input into WFM, as to be honest we work in numbers so in that sense its black and white. And a machine would make the decision based on the numbers where human analysts will add the emotional touch when making some decisions.

Following on from the fascinating spotlight interview with Guillermo (CLICK HERE for that interview), we are following the path down the Americas to the southern…

With three great WFM spotlight interviews recently posted in this series, taking us from Mexico to Argentina to Estonia we now land in Canada. In…

I mentioned in my last blog (CLICK HERE TO READ), that my WFM career to date has introduced me to some truly creative, hardworking and intelligent…

The following article has been authored by Blair McGavin and is part 1 of a 2 part series. If you don’t know who Blair is then…

Need Help? Chat with us
Start a Conversation
Hi! Click one of our member below to chat on WhatsApp
The team typically replies in a few minutes.
Shiva
Chat With Us